The holidays are an incredible time to shop. With the spirit of gift giving mixed with raw consumerism, black friday throughout new years has become a free for all of deals and spending. Most companies simply mark down prices, launch full marketing campaigns, and wait for the money to roll in. Amazon however is taking an alternate approach, mixing new technology with a successful business model to cope with the rapid influx of sales that will fire away at the ecommerce giant all throughout the month of December.

In 2012 Amazon Acquired Kiva, a robot manufacturing company based in MA. for $775 million. With the ability to effortlessly lift and transport 750 pounds of goods across the factory floor, Amazons in house robots are keeping up with the holiday bargains, which last year amounted to 37 million items in one 24 hour period of Cyber Monday. Though many initially feared the potential of jobs lost to robots, a sure sign of the times, Amazon announced it would hire over 80,000 workers this holiday season. 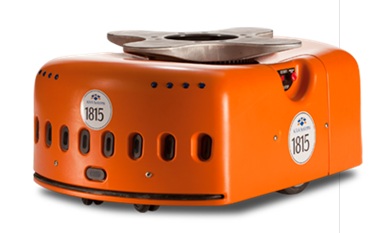