The eclectic series Twin Peaks is returning to Showtime, announced acclaimed Los Angeles Director David Lynch. The original series aired in 1990 and has since spawned a massive cult following of all ages. Though no longer in a prime time slot, David Lynch and Mark Frost (cocreator and writer) will be writing and directing all 9 scheduled episodes, something the previous series did not offer. Considering the show hasn’t been on television in over twenty years,  it’s quite surprising fans are this excited for the shows return. The show concluded after two seasons, followed by a feature length film “Twin Peak: Fire Walk With Me”. The acclaimed director, known for Blue Velvet, Mulholland Drive, and Eraserhead, announced the return on his twitter with the simple Dear Twitter Friends… it is happening again. #damngoodcoffee. Showtime announced the return via Youtube with it’s promotional teaser.  The experimental murder mystery full of colorful characters and  obsessive plot twists is scheduled to air 2016. 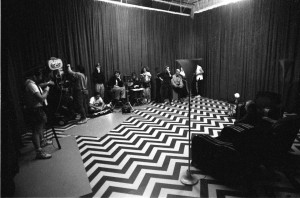