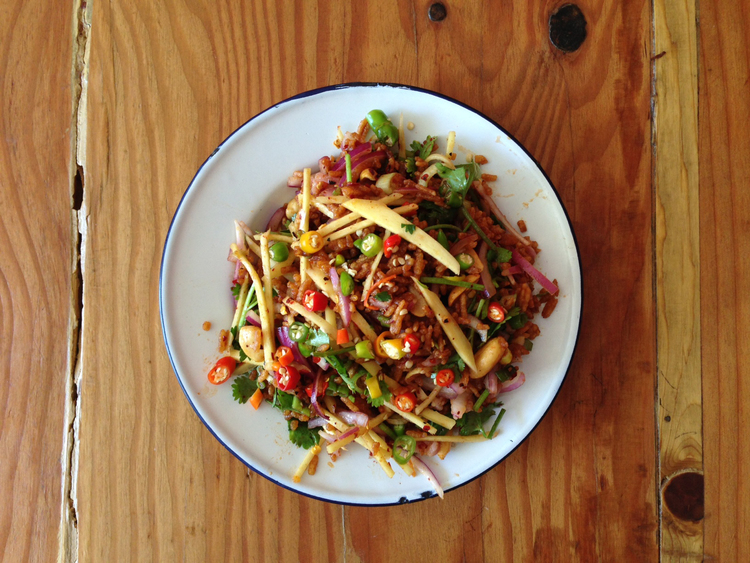 Jonathan Gold up in the Silverlandia neighborhood Wut Wut!

“The most subversive dish on the menu may also be the most innocuous, a plate of rice fried with ketchup, frozen peas and carrots, the kind you used to get in your Swanson dinners when you were a kid, a handful of raisins and wiener blossoms — hot dogs cut so that they spread into pink, meaty flowers as they cook. Yenbamroong says that this is what you get with your drinks at strip clubs in Thailand. And it is too bad that the restaurant closes at 11, because khao pad American is exactly what you crave at 3 a.m.”
Source: At Night + Market Song, just eat, don’t ask